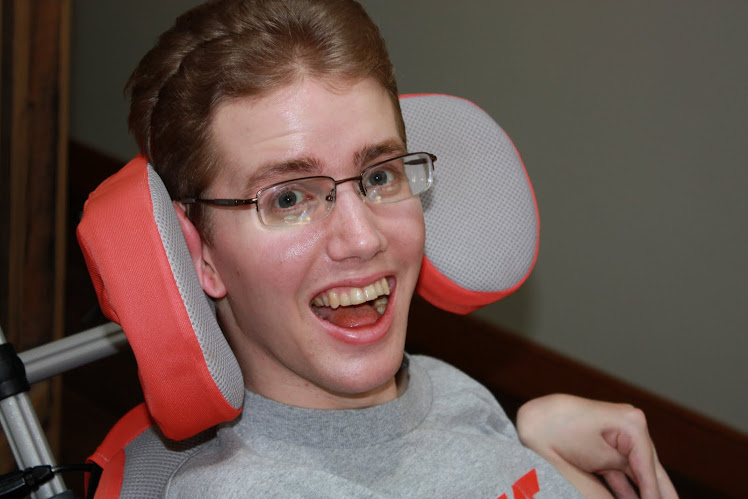 Back to School: Part 2A School-Based Physical Therapy 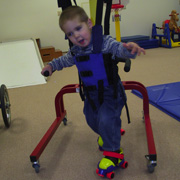 Many children who have severe special needs and attend public schools will receive a "related service" called Physical Therapy through their IEP.  In many cases, these children are neurologically affected because of a brain insult, i.e. stroke, cerebral palsy, traumatic brain injury, muscular dystrophy, genetic mutations, metabolic disorders, etc.  These diagnoses result in movement disorders as a result of spasticity, dystonia, contractures of limbs, scoliosis, hip subluxations and a host of issues which impact a student's ability to progress educationally.
From my experience as a high school principal for over 30 years, physical therapists and their assistants work with students to overcome these deficits to some degree.  Most of their efforts result in more severe, sustained damage rather than good.  Most IEP's call for 30 minutes of PT about 3 times a week; the equivalent of receiving no service at all.
A bit of history is required.  Physical therapy is based on a model which has not changed over the past 50 plus years.  This practice is often in direct contradiction to research and science based evidenciary approaches.  I would assert that most school based physical therapists know little about the human body and movement, but they would be insulted.  I do know that the approach in school based special education program does not work, is not scientifically based and is harmful in many cases.
Adapted physical education is a component of regular physical education...the curse of most students.  It's actually activity which could be directed by any paraprofessional.  Also PT may be beneficial to those students whose muscles may need some strengthening but possess normal tone.    That's where the value stops.
School based PT's are infamous for intruding into territory where bodies or limbs or spines are spastic, contorted, dystonic, deformed, non-mobile, etc.  Here is the area which abounds with failure and damage because their bag of tricks is rooted in orthopedic modeling.  The bag of tricks includes stretching limbs, rolling spastic bodies on therapy balls and bolsters, standers, gait trainers, etc.  They also frequently recommend AFO's,  DAFO 's, and consults for medicines and surgeries.  So let me take a   look at several tricks which cause damage: stretching spastic muscles, standers, and orthotics.
STRETCHING:  Well, it's obvious that a brain insult results in a collapse in the fascia.  The musculo-skeletal systems are there, but relatively useless without the support of a network of connective tissue called the myofascia.  Without an intact, seamless, strong fascia where the layers glide seamlessly, the other systems don't work.  An inability to hold one's head upright is not a function of a lack of cervical vertebrae, nor cervical muscles...it a collapsed fascial system.  This is a symplistic explanation of a newer view of a dynamic interaction of systems. 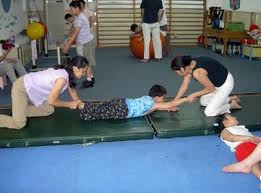 So, PT's believe that if you stretch spastic muscles or contracted limbs, the muscles will lengthen.  When the muscles lengthen spasticity will decrease and movement is more probable or efficient.  The reality is that the opposite happens .. the more stretching, the more intensity of stretching, the greater the intensity of the spasticity.  This occurs in the context of collapsed fascia.  Despite the research, PT's stretch the shit out of kids' muscles.  It never works but you keep doing the same thing.
Research references on stretching muscles and spasticity:

STANDERS:  Here is another very expensive, relatively meaningless piece of PT equipment which after a few months of use ends up sitting around.  There is minimal research concerning the effectiveness of standers.  A PT will say that it allows a disabled kid to appear more "normal" in that he or she can be at eye level with kids and adults.  OK?  The only research that I was able to access was that over a 6 week period of time, standers did temporarily lengthen hamstring muscles ...note for only six weeks.  Anyone know of positive research?

Of course the negatives are big negatives.  Strap a kid in an upright stander and imagine the strain on the system?  Here is a scenario with my son, Adam, in a stander for one hour a day.  First you have a weak core of fascia which envelopes the trunk.  Oh, the fascia supports the muscles and the vertebral column.  So, a weak support system of fascia leads to uneven support of the spine.  Some muscles pull left, others right, some are weak, others strong....a tug and pull on the spine.  Add an upright stander and add the effect of gravity pulling the cores and the spine downward...the weakness of the fascia provides the ground for an unequal distribution of forces which allow the gravity to pull downward unequally on the spine.  The result is scoliosis.  Once the curve is initiated, the more time in the stander, the greater the curve.  Seems simple.  The cure for the resulting scoliosis is either orthopedic intervention by fusing vertebrae or inserting titanium rods which have snapped due to increasing spasticity.
This is a high price to pay for eye-level positioning.   And, the surgery further weakens the fascia through scaring and adhesions.   Do no harm?

Orthotics?  They take the intricate web of bone and assume it's similar to a hoof.  One simple joint at the heel or the ankle.. The purpose?  Dunno!  Can't correct a deformity, can't strengthen the myofascia, can't prevent spasticity or contracture ... do have some mild effects with children who are walkers.  Big money and they hurt!

For the past 50 years we have considered the same interventions based upon faulty assumptions of how the body works while there is skepticism towards newer approaches which have positive and non-intrusive effects on the body.  But they don't teach these in PT schools which are probably endowed by durable medical suppliers and keep making the same devices without peer-reviewed research as to their effectiveness.  I truly believe that the present system of school based physical therapy is minimally bogus and generally dangerous.
I could share thoughts and experiences in more depth on orthopedic surgery for scoliosis and various subluxations, on spasticity meds and baclofen pumps, and I will on request in a later blog, but only if there is interest (please comment if you want me to explore interventions of orthopedics or physiatry).
The follow up post will focus on promising modalities which work more effectively than the old stretch and pull. There are a number of promising approaches based on scientific evidence that you won't see in school, unless, of course,  you throw a hissy fit as a parent.  Remind PT's "FIRST and Always Do No Harm!"
Posted by Phil Dzialo at Wednesday, September 05, 2012

Translate This Page To A Language of Your Choice

If you are interested in my blogs as they relate to ABR (Advanced Biomechanical Rehabilitation), you can generate a list by simply typing ABR into the search box below. Also there are other ABR links on the right side bar!

Ceramic To Clay: A Mother's Search for Authentic Healing by Sharon Dzialo

Available as a paperback or e-book at Amazon.com (click on image) or at author's site www.ceramictoclay.com 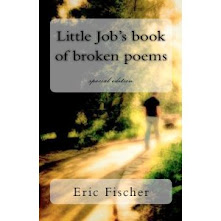 A Must Read by Eric Fischer